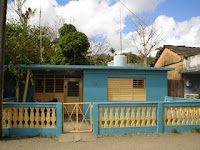 Casa particular Casa Adrian is located in the historical center of Baracoa, close to the beach of the city and to five blocks away from the cathedral of Baracoa. The casa particular offers a great room with two beds (one double, one single)with a private bathroom with hot and cold water 24/7. 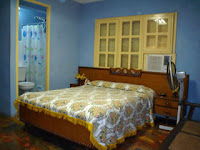 The room is air-conditioned and also features a ventilator while large windows allow natural ventilation. The house has a beautiful garden with luscious vegetation and hammocks to relax under the shade of the mango trees.
Casa particular Casa Adrian offers meals and breakfasts, The specialty of the house is fish with cocos milk.
English is spoken and we provide all the tourist information you may need about Baracoa and Cuba.

If you arrive in car you canpark it securely in front of the house in an area illuminated at night. 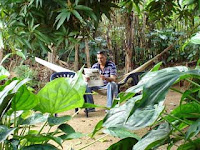 The real face of Cuba

The real face of Cuba
Break out of the all-inclusive box to meet ordinary Cubans
Andrew Renton , Freelance
SANTIAGO, Cuba - The young waitress, wearing a smile and a well-worn sheen to her blue serge skirt, made my selection. "Criolla Deliciosa" (delicious local food) was boldly emblazoned in white chalk across the blackboard.
My opinion of Cuban fare as a gastronomic nightmare was to be challenged yet again. Chicken, fried to a crisp? Canned sardines? Bread that fragments into low flying missiles at the mere approach of a knife?

No -- this time it was a pork steak, large and tough enough to resole my Rockports. I manage a grin "Mmm - deliciosa indeed," praying that my crowns would hold!

I have opted for a small, government-owned (they all are), hotel in Ciega de Avilar. With rundown balustraded sidewalks and horse-drawn traffic, the town has a hint of the Wild West. Oddly the toilet flushes with hot water that the shower fails to deliver. Otherwise, the price seems reasonable at 25 CUC (convertible pesos) or around $30 Cdn which includes breakfast. 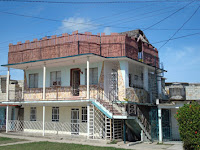 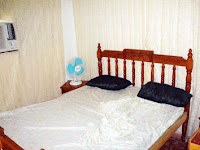 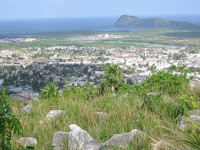 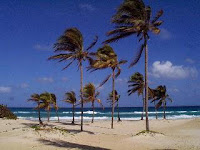 Casa particular Villa Sensation offers a large apartment with 2 bedrooms, living room, kitchen and bathroom. The owner offers meals on the top level of the house, which is equipped with a small kitchen and 2 tables and chairs to eat and to drink.The apartment can be used for up to 4 people and offers privacy and security. The house is just a few blocks from the center (calle 39) and the owners offer good quality and nice service.